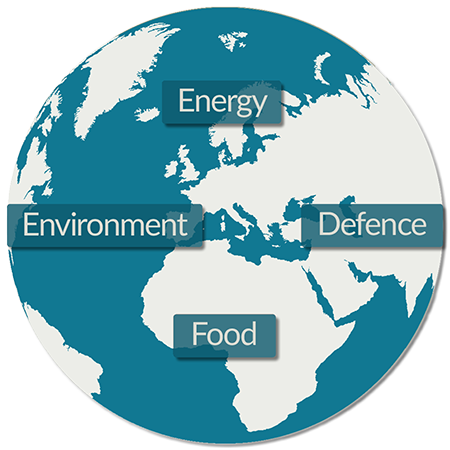 Being a moderate is often derided as being boring and wishy-washy, but this couldn’t be further from the truth
Published on The Independent, 15 October 2014

With the success of Ukip in last week’s Clacton by-election, it seems like the UK’s political system is about to become more polarised than ever. Libertarianism, Conservativism and Liberalism all look set to clash. However, in the real world, most people are like the silent majority in Westminster and “ism-less”. Like myself, they might describe themselves as a “moderate and pragmatic centrist”.
I’m proud to occupy this ideological space. But as a politician, it poses a problem. Being a moderate comes across as lacking the passion that is expected of our nation’s politicians. It’s seen as wishy-washy and boring. But nothing could be further from the truth.

Being a moderate is not a value-free zone; neither does it mean that I lack commitment, or ambition for radical change. I am passionate about placing tolerance, even-handedness, evidence-based policy at the centre of my politics, with beliefs that are committed to a One Nation vision.

In these austere times, moderates believe that delivering polices for every part of our society is an absolute priority. But to do this, we can no longer be complacent enough to assume that centrist principles are the ultimate default position. We have got to talk about them, and get our message out there. As our country’s political discourse becomes increasingly shrill, we cannot sit back and wait for good sense to return.

We moderates have one very important task. What was the settled political contract in Britain, balancing liberal capitalism on one hand and social democracy on the other, is failing. We need to renew these values through root and branch reform. As it stands, liberal capitalism had been replaced by crony capitalism, with corporations protecting their own rather than innovating.

And moderates are as much to blame as anyone. They have failed to refresh and reassess the supposedly “centrist” policies that emerge when politicians are no longer vigilantly connecting with the frustrations of their constituents.

If we are to reestablish our position at the heart of the nation’s dialogue then we must show renewed vigor to place social mobility at the core of society’s mission. We must also work to turbo charge localism, giving power to the people who have the passion and vision to shape their communities.

The reality is that most of politics is about common sense – rarely is it about dogma or extremism. While the debate in Parliament is fabricated to create tension (when there is often only minor disagreement at the margins) British governments are actually moderate in their policy development.

It is time that we moderates stepped forward and collectively found a strong voice, because there is nothing wishy-washy about having convictions that reflect those of the majority. Being a passionate moderate with a commitment to bringing people together, rather than gaining from division, takes a lot more guts than always playing the easy polemic political card.